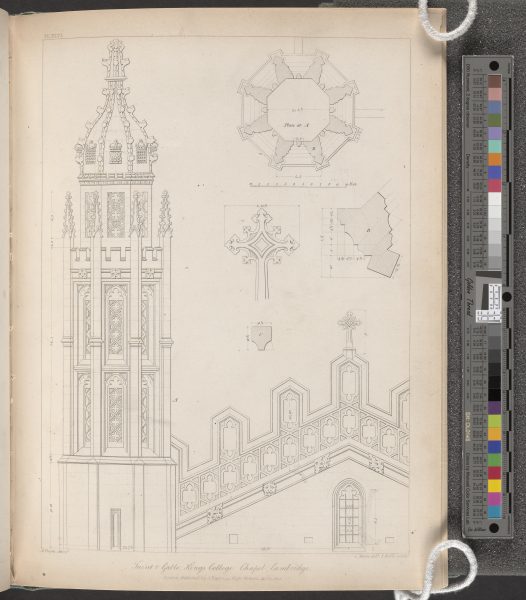 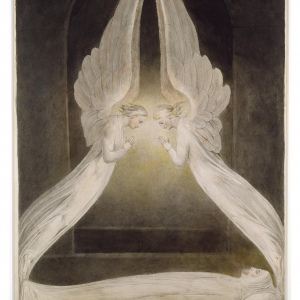 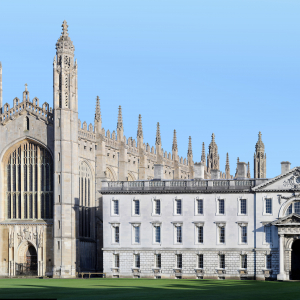 Augustus Pugin was a nineteenth-century British Architect who was influential in the revival of Gothic architecture in England. Pugin collaborated with Edward James Wilson to compile Specimens of Gothic Architecture, a detailed scrutiny of ancient Gothic edifices in England. The turret and gable shown in this plate are extracted from King’s College Chapel in the University of Cambridge. Each plate shown in this book is accompanied by a reading describing the function and characteristics of the edifice. This book would become an important source for architects for future Gothic replicas.

“Romanticizing a “Specimen” of Gothic Architecture​” by Sophia Cai