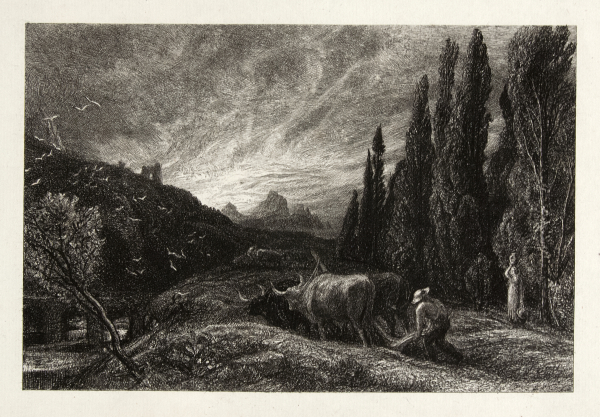 Samuel Palmer created The Early Ploughman (1861) in the middle of his etching career. Bringing an Italianate feel to a British landscape, he depicts men hard at work tending to their oxen as a woman watches carrying a water pitcher against the early morning sky. He emphasizes the simplistic relationship between rural folk and their natural environments during a time of increasing industrialization. Various versions of the etching were created by Palmer as well by his son, Alfred Herbert Palmer.

“A “Sparkle” Within a Landscape” by Jonathan Chau